Aegina Town, the main city and port of the island, has a distinctive, neoclassical architecture with strong folk elements. Visitors meandering along the port seafront and the narrow streets become enchanted by its vibrant and authentic atmosphere. On the outskirts, you can find picturesque villages with traditional characteristics, such as Agii, Vagia and Kypseli – alongside well-organized tourist resorts. The island is surrounded by many smaller islets easy to reach by boat directly from the main port.

The island’ s first king was Aeacus- Son of Aegina and Zeus.

The islands’ first name was Inoni, and later named after Aegina.

Aegina is the birthplace of Myrmidons, the bravest soldiers. The legend says Zeus turned all the ants into Myrmidons, who under the command of Achilles fought in the Trojan War. The siege of Troy lasted 10 years and ended with the Greek victory. During ancient times Aegina was a rival of Athens, the great sea
power of the era. A volcano formed two-thirds of Aegina.

Throughout the history, the island has endured frequent pirates’
raids.

Things to do in Aegina

The Sanctuary of Apollo Delfinios Kolóna located near to the harbour, is the only one
remaining from a 6th Century BC temple and offers a fantastic view over the harbour
town.

The Archaeological Museum of Aegina: the first museum to be established in Greece
(1829).

The Temple of Aphea Athena– This is the most important monument on the island and
is not to be missed. The temple, also known as the “holy triangle”, is dedicated to the
goddess Athena and is situated on top of a hill, being one of the foremost architectural
wonders of ancient Greece.

Church of Agios Nektarios: Agios Nektarios was known as a miracle worker,
predominantly as a healer, but he was also a prolific writer, philosopher, theologist,
moralist and poet.

Markelos Tower: a venetian tower dating since the 17 th century which has been used
as the seat of Government and State Treasury. Now you can admire a variety of
painting exhibitions and cultural events.

Souvala is a small sand and pebble beach, in the past the beach was renowned for its therapeutic skin benefits due to the hot and cold water spring.

Aegina Town has two beautifully organized beaches one right and one left of the port. Both have fine gold sand and shallow waters ideal for swimming.

Perdika is a small rocky and sandy beach with some other tiny spots between trees offering picturesque views over the calm, translucent sea.

Marathonas is a long fine sand beach well organized with sunbeds and umbrellas. The beach natural beauty is enhanced by the vivid green trees and bushes. Close by, you can find the beaches of Klima and Sarpa.

Moni is a small secluded and uninhabited island adjacent to Aegina and minutes away from the fishing village of Perdika. As you approach the shores of the island, it will become more and more apparent that Moni is a small, earthly paradise. The lush,
almost virginal nature, dominated by scented pine trees, and the undisturbed and

shimmering turquoise waters, will offer you an unrepeatable experience. Moni has no drinkable water, which is the reason, why the only inhabitants found here are friendly and curious deer, kri-kri goats, rabbits, and peacocks. The sandy beach, deep blue waters, and nature make Moni ideal for watersports, especially underwater fishing or snorkeling. Climbing or hiking lovers will enjoy amazing sights of the whole island by crossing the slopes of a steep mountain located north of the islet. During the II
World War, Moni was occupied by the Germans and the prove to this is lookout post they built which still stands on the island
‘s highest point. 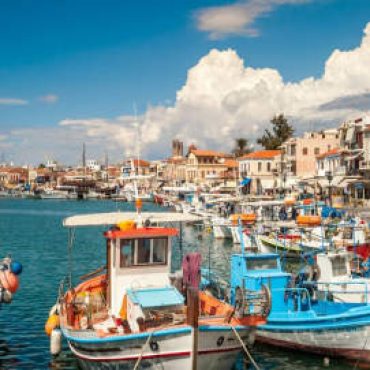 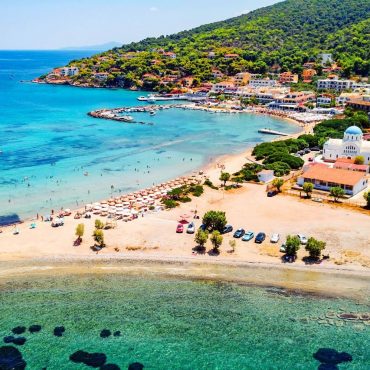 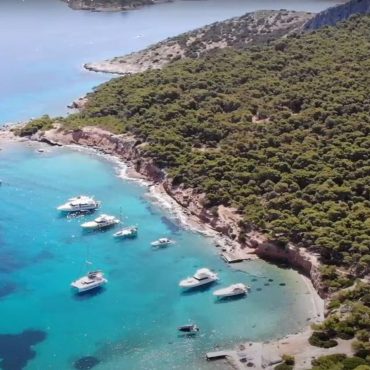 Copyright © 2022 by Cruise in Greece – One Day Cruises